Why I Don’t Celebrate Halloween 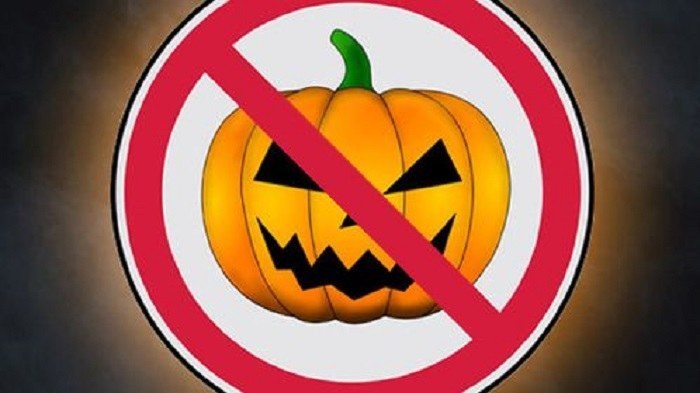 One of my children recently came home reciting this rhyme learned while at school. “Witches, ghosts, and goblins, walking down the street Knock on every doorway, ‘Trick or treat!’”
I was shocked by how my child, in all innocence, could sing so casually and trivially about such scary things. I also noticed that this song grouped ghost and goblins which are not real, with witches. I realized that this song sought to group witches into that same silly, not-real category.
Some people think of witches as women with pointed-hats and a broom, or witch-doctors in a jungle. But there is a very active and fast-growing religion called Wicca, where its witches (and wizards) seek to cast spells. Wicca is not some ancient Gaelic religion from the middle ages. It is an active religion practiced across the world today, and very present in the areas where many of us live. Some statistics indicate that Wicca is one of the fastest-growing religions in the U.S.A.

And here is what Wikipedia says about Wicca and Halloween:

Wiccans celebrate a variation of Samhain (October 31) as one of the yearly Sabbats of the Wheel of the Year. It is deemed by most Wiccans to be the most important of the four “greater Sabbats”. Samhain is seen by some Wiccans as a time to celebrate the lives of those who have died, and it often involves paying respect to ancestors, family members, elders of the faith, friends, pets and other loved ones who have died. In some rituals the spirits of the dead are invited to attend the festivities. It is seen as a festival of darkness, which is balanced at the opposite point of the wheel by the spring festival of Beltane, which Wiccans celebrate as a festival of light and fertility. Wiccans believe that at Samhain the veil between this world and the afterlife is at its thinnest point of the whole year, making it easier to communicate with those who have left this world.

The Bible is very clear that witchcraft is real and powerful and also evil (Read Revelation 21:8; 1 Samuel 15:23; Deuteronomy 18:10-13; Isaiah 8:19; and 1 Chronicles 10:13-14).
As Christians, we know that there are powers of darkness in the spirit world. So what must we do when the world trivializes what the Bible describes as evil? It should trouble us deeply. And even more so when we see the god of this world system (the devil) seeking to influence our highly-impressionable children, and to write his values into their minds.
When I later told all my children that Jesus instructed us to have nothing to do with witches, a response I got was stunning: “But there are good witches, Dad!” That was also something that had been picked up from school!! This un-Biblical point of view had slipped in. So I realized that I had to stand guard against the dangerously-deceptive logic of this world system.

There is no such thing as a “good witch” for Christians.The Bible tells us that God alone is good and that witchcraft is evil. Good and evil are polar opposites. So a “good witch” is just the devil coming as an angel of light (2 Corinthians 11:14). Christians must have no contact even remotely with witchcraft in any form, because it will open them up to the god of this world (the devil) – and he is far shrewder than all men. Only the Holy Spirit can help a Christian against the tactics of Satan. All our good intentions will not help us, if we disobey the Scriptures. So no matter how good we may think we are (and no matter how sincere we may be), we can still be destroyed if we don’t hate all evil and stay far away from it (See Proverbs 14:12).

The Western world’s view of Halloween is greatly influenced by the religious values of Wicca. Halloween is a celebration of darkness in the world today. A walk down my neighborhood or a visit to the local grocery store around Halloween time readily confirms this. The world is preaching a Halloween that aligns itself with Wicca.

Western culture today seeks to make witches and witchcraft seem normal. Whether with the concept of good witches, or the wildly-popular Harry Potter novels/movies, Western culture is increasingly accepting of witchcraft. And the fun and carefree festival of Halloween acts as a perfect springboard to aid in this acceptance. I am convinced that Halloween is the “fun gateway” that Satan has opened for people to eventually dabble in the spiritually-evil practices of witchcraft.

So what must we Christians do with a holiday that another religion celebrates as the “festival of darkness”?

As Bible-believing Christians, we give freedom to other religions to do as they see fit. But we must not associate with evil, in any way. We must live with great discernment in our time – because deception is increasing everywhere (See 2 Timothy 3:13). We must nip the normalization of witchcraft early on and stand strong against every attempt of the devil to slip this religion of Wicca into our homes.

When another religion celebrates darkness and focuses on communicating with dead spirits, what does the Lord expect us to do? Can we just go along with the external fun of this holiday, when we know that at its core, this is a festival that explicitly glorifies the powers of darkness and the enemy of our souls?

The devil has masterfully sought to rebrand Halloween as harmless, so that he can encourage people into the blatant pursuit of evil. He did the same thing when he got Adam and Eve to sin (Genesis 3:1-6). October 31st is a day where darkness is openly and blatantly pursued. But many “Christians” drown themselves on that day in an ocean of candy and dress-up costumes. This is textbook-deception: Satan is saying, “I’ll numb you with candy and gifts on Halloween, so that you are distracted from fighting the spiritual havoc I am causing through the glorification and open practice of witchcraft! And eventually, I will rob you even of eternal life.” (Eternal life being the increasing knowledge of God and of Jesus – John 17:3).
I am convinced that only one group of people can fight these supernatural powers of darkness: Christians who walk in the Light of God’s Word alone are uniquely equipped to overcome these forces (1 John 1:3,7)!

So let the world call us narrow-minded or radical. We will remain alert and watchful against all deception. And we will teach our children also to be alert to these Satanic deceptions (even if their friends at school laugh at them or consider them weird). Satan seeks to work on children, slowly and craftily over the years, to the point where they will become increasingly comfortable with open darkness and evil. Our children need to learn from an early age how to combat Satan’s deceptions; and our children are watching us, their parents, to see how we do it!

What shall we say then to Christians who want to celebrate Halloween? At a minimum, I would suggest that you clearly determine why and how you celebrate it. Ask yourself whether you would do things differently if you knew that your neighbors and the folks on your street were Wiccans celebrating the spirits of darkness on Halloween. Judge yourself and ensure that you walk in the light that God gives you. That is all that you are asked to do. You will be judged based on the motives and intents of your heart, and whether you lived by your conscience.

America as a culture seems to live mostly unaware of the spirit world. I have seen that cultures that are more open to idolatry, are much more aware of the spirit world. I grew up in India, and I saw witchcraft and evil spirits several times. I even watched as a neighbor hired a witch to sit in their backyard and cast spells on us (the spells didn’t work and had an opposite effect; they served to show me the powerful protection available in Jesus Christ, who defeated Satan on the cross – Colossians 2:14-15)!

I will not be surprised if rationally-obsessed people laugh off my thoughts about the spirit world. But that world is real and more powerful than most people imagine. And I don’t base this statement on my own experience. The Bible is crystal clear about it. Our Lord Jesus drove out evil spirits from people more than anyone else did.
If I succeed in getting you to honor Jesus Christ on October 31st in a bigger way than before, then I would have achieved my primary purpose in writing this.

May God open your eyes more and more to these realities in the spirit world.