What does the Lord look for in a Church?

Posted on April 13, 2019 Posted By: lscf Categories: Word For The Week, Zac Poonen 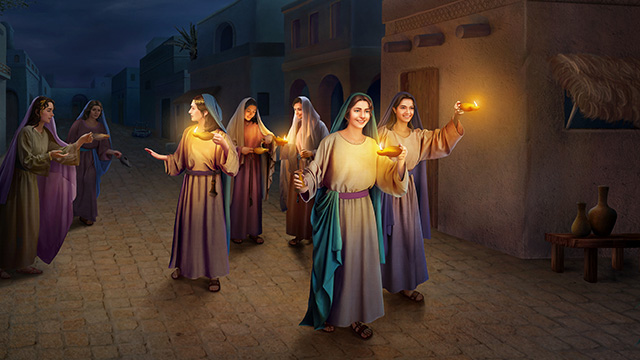 In Revelation 2 and 3, when we look at the five messengers and churches that are rebuked by the Lord we see in them a definite downward trend:

(1) In Ephesus, we see the loss of first love for the Lord. When we lose our devotion for Christ, we have taken the first step downwards. In a little while, this leads on to our losing our love for our fellow-believers too.

(2) In Pergamum, we see that worldliness has crept in slyly through the teaching of Balaam. The Nicolaitans (who were kept out of the church at Ephesus) have now got power here. When devotion to Christ is lost, worldliness creeps in and the religious hierarchy takes over the church. Once a religious hierarchy has taken over the leadership of a church, Babylon is built easily.

(3) In Thyatira, the church has become thoroughly worldly, and as a result religious harlotry is rampant. A woman now has power to influence the church and is proclaiming false grace and counterfeiting the gifts of the Spirit too (prophecy in particular).

(4) In Sardis, we see hypocrisy. Sin is covered up and man’s opinion is valued more than God’s. The messenger of the church is spiritually asleep (unaware of spiritual realities). The form of godliness however hides from the eyes of men the spiritual death that the Lord sees in him.

(5) In Laodicea, things have degenerated to such an extent that the body has not only died, but also begun to decay and stink. Lukewarmness and spiritual pride are the cause of the death. In the above four churches, there was something good that the Lord could still see in each of them. But here in Laodicea He could see nothing.

None of the messengers of the above churches were aware of the true spiritual condition of their own lives or of their churches. All of them were complacent because of the high opinion they had of themselves. They could not hear what the Lord had to say to them personally, because they were all busy preparing sermons to preach to others. They were more interested in preaching than in seeing their own need. It is very easy, once a person has become the messenger of a church, to imagine that he himself is beyond the need for correction. The Bible speaks of “an old and foolish king who no longer knows how to receive instruction” (Eccl.4:13). The messengers of these five churches were all like that foolish king. Their word had been law for so long that they could not even imagine the possibility of their now being wrong in any matter!! Such was their deluded state. They imagined that they could never lose the anointing of God from their lives. Their proud attitude was what made them spiritually deaf. King Saul was another foolish king who had started out well but who fell by the wayside very soon. He was “little in his own eyes”when he was first anointed by the Lord as king (1 Sam.15:17). But he did not keep himself in low thoughts about himself. And so he lost the anointing of God. The anointing then moved on to young David. Saul realised this, but he refused to face up to it. He stubbornly continued to sit on his throne and sought to kill David. Finally, God took away Saul’s life and put David on the throne. We see similar situations in many churches today. The anointing of the Spirit has departed from many who were once the Lord’s messengers and is now resting powerfully on some younger brothers in their churches. But the “old and foolish kings” cannot bear to see this. So, what do they do? Their jealousy and their selfish desire to preserve their kingdoms prompt them to suppress those young brothers in one way or the other. Perhaps something similar may have been happening in the five backslidden churches of Asia Minor as well. So, the Lord gave those messengers one last warning.

There is no partiality with God and He has no special favourites. Even the apostle Paul realised that he could fall away and be disqualified if he was not careful to live a disciplined life (1 Cor.9:27).

Paul told Timothy, “Pay close attention to yourself and to your teaching; persevere in these things; for as you do this you will ensure salvation both for yourself and for those who hear you” (1 Tim.4:16). Timothy had to watch over his own life first of all. He would then be able to experience salvation from unChristlikeness in his own life and thus be enabled to lead others to such a salvation as well. This is the way the Lord has appointed for all His messengers in every church.

Paul told the elders of the church in Ephesus also to watch their own lives first of all and then the lives of their flock (Acts 20:28). This is the responsibility of every messenger of the Lord – to preserve his own life first of all in purity and under the constant anointing of the Spirit. “Let your clothes be white all the time, and let not oil be lacking on your head.” (Eccl.9:8).

The Lord had wanted to speak to these messengers directly. But they did not have listening ears. Finally, He had to speak to them through an apostle. Thank God that there was at least a John who could hear the Lord’s voice clearly.

In spite of their failures however, the Lord had hope for all five messengers – for He still held them all in His right hand (Rev.2:1). If they repented, they could become glorious brothers once again. And their churches could radiate the glory of the Lord once more. If, however, they failed to heed this last warning, then the Lord would cast them off.

The history of the Christian church shows how this process has been repeated over and over again in every part of the world, during these past twenty centuries. This is why we now find so many Babylonian “churches” in every place. It can become so bad at one stage that there is no lampstand left in a city at all. Every so-called church can be a Babylonian one.

What is it that the Lord looks for in a church. A church

(i) That burns with devotion to Christ and love for one another;

(ii) That preaches a living faith in God;

(iii) That emphasises total obedience to all of God’s commandments;

(iv) That proclaims the testimony of Jesus unashamedly;

(v) That stands against spiritual pride, hypocrisy and worldliness;

(vii) That constantly preaches the crucifixion of the flesh;

(viii) That encourages all believers to judge themselves constantly;

(ix) That challenges believers to be overcomers, like Jesus Himself was.

The Lord desires such a testimony to His Name in every place.