Posted on March 8, 2020 Posted By: lscf Categories: Word For The Week, Zac Poonen 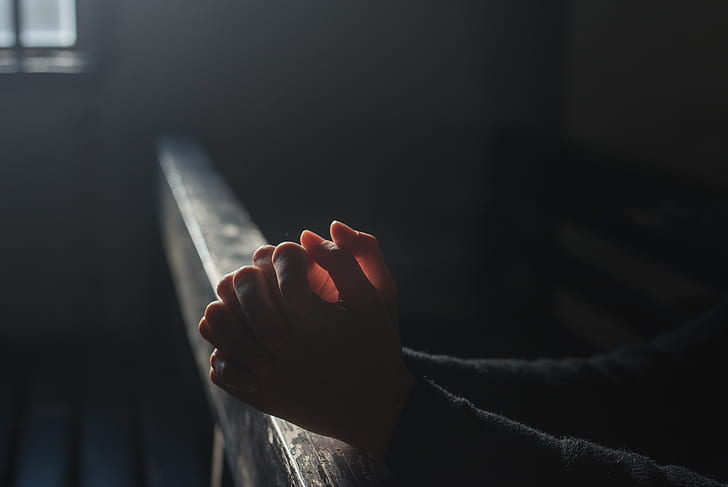 If we are to wage effective spiritual warfare, we must not be ignorant of Satan’s schemes, devices and tactics. From the way Satan tempted Jesus with food in the wilderness, we conclude that Satan will seek to tempt us also through the legitimate desires of our bodies. Jesus spoke to His disciples to beware of being concerned too much about food and clothing. If food or fancy clothes have a hold on us, Satan will certainly have power over us, for our kingdom will then be of this world. We have to be careful that we don’t train up the young girls in our churches to be taken up with pretty dresses, lest they grow up to be captivated by Satan.

Lucifer became Satan when he (as the head of the angels) began to consider himself as someone important among the angels (Ezek.28:11-18; Isa.14:12-15). It is thus that Satan enters the hearts of many believers too. Whenever a brother begins to think that he is somebody important in the church, it is clear that he has been infected by the spirit of Satan. Then he will be ineffective for spiritual warfare, even if undiscerning believers around him feed his ego by making him feel important!!

When a brother speaks for a long time in the meetings, beyond the measure of his spiritual content, and vomits out his Bible-knowledge on the poor long-suffering, brothers and sisters in the church, that is a clear indication that he begun to feel that he is somebody important, and that he is superior to others. That is the spirit of Satan. And yet, we have often found, that such a brother does not even have victory over such an elementary matter as getting offended. If he is exhorted after the meeting to be brief, he gets offended. It is clear that such brothers are not living in a constant self-judgment, for if they were, they would have felt the Spirit convicting them of their pride and their arrogance.

When Jesus warned His disciples against the use of titles, He was warning them of this very same Satanic spirit that seeks to exalt itself above others in the church. A “Reverend” is greater than an ordinary brother. A “Pastor” is also greater than an ordinary brother. But Jesus said that we were all to be just ordinary brothers. Let the Babylonians keep their titles. Let us avoid them, even in spirit. Always seek to be the junior-most brother in the church, in your spirit, and you will not only be safe yourself, but also effective in your battle against Satan.

Lucifer was also discontent with the circumstances that God had placed him in. That was how he became the Devil. This spirit of discontentment is what Satan is now spreading in people’s hearts around the world. And many, many believers have picked up this infection too. There is nothing wrong in improving your earthly, material circumstances. But when you see another brother having more than you, don’t envy him, don’t desire what he has, and don’t expect any gifts from him. Be content with what it has pleased God to give you. “He who hates gifts will live” (Prov.15:27b – KJV). Don’t be ignorant of Satan’s schemes. The moment you are discontent with your salary, your house, the colour of your skin, or any such thing, you open your heart’s door to Satan.

Satan has paralyzed the vast majority of Christians, and made them ineffective in spiritual warfare against him, because he has succeeded in getting them infected with the spirit of murmuring and complaining against their brothers and sisters, against their relatives and neighbours, against their circumstances, and even against God Himself. We overcome Satan, when we obey the following exhortations: (1) “Let the peace of Christ rule in your hearts to which indeed you were called in ONE BODY; and be thankful” (Col.3:15). (2) “I urge that thanksgivings be made FOR ALL MEN” (1 Tim.2:1). (3) “Always give thanks FOR ALL THINGS in the Name of our Lord Jesus Christ to God, even the Father” (Eph.5:20).

Once we have learnt to be thankful for our brothers and sisters in Christ’s Body, we can then learn to give thanks for all men and then for all our circumstances. We know that our Heavenly Father sovereignly controls all men and all circumstances. If we really believe this, we will certainly praise God at all times, and thus prove that our kingdom is of heaven and not of this world. Then Satan will lose his power over us. Only then will we be able to wage an effective warfare against him. There is a wonderful word written in Revelation 12:8 that no place was found in heaven for Satan and his demons. This is how it must be in our lives too – in our hearts, in our homes, and in our churches. SATAN AND HIS HOSTS MUST FIND NO PLACE IN ANY OF THESE PLACES.