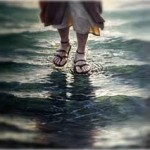 1. God detests all that this world considers great

I have seen this happen again and again to believers everywhere.

One of the main reasons why a prophetic word from the Lord is hardly ever heard these days in our land, is because most preachers are lovers of money. Jesus said that the true riches (the prophetic word being one of them) would not be given by God to those who were unfaithful with money (Luke. 16:11). This is why we hear so many boring sermons and so many boring testimonies in church-meetings and conferences.

2. Nobody can harm us except we ourselves

God is so powerful that He makes ALL THINGS work together for the good of those who love Him and who are called according to His purpose – that is, for those who have no ambition on earth outside of His will for their lives (Romans 8:28). One who has selfish ambitions cannot claim this promise. But if we accept the will of God totally, we can claim this promise every minute of our life on earth. Nothing can harm us.

Everything that others do to us – good or evil, accidental or deliberate – will go through the filter of Romans 8:28 and will come through working for our very best – conforming us each time a little more to the likeness of Christ (Rom. 8:29) – which is the good that God has planned for us. This filter works perfectly every single time for those who fulfil the conditions listed in this verse.

Further, 1 Peter 3:13 tells us that no-one can harm us if we are “zealous for what is good”. Unfortunately this is not as well known a verse as Romans 8:28 is. But we must popularise it now. However, this promise too is applicable only to those who are zealous to keep their hearts good towards all people. It will be impossible for any demon or human being to harm such a believer.

So whenever any Christian complains that others have harmed him, he is indirectly admitting that he does not love God, is not called according to God’s purpose and has not been zealous for what is good. Otherwise, whatever those others did to him would have only worked for his good, and then he would not have had any complaints at all.

Actually, the only one who can harm you is you yourself – by your unfaithfulness and your wrong attitudes to others.

I am 76 years old now and I can honestly say that no-one has ever succeeded in harming me in my entire life. Many have tried to do so, but EVERYTHING they did only worked for my very best and for the good of my ministry. So I can praise God for those people too. Those who have opposed me have been mostly so-called “believers” who have not understood God’s ways. I am giving you my testimony only to encourage you to believe that this can be your testimony too- always.