The Godly Man’s Life Is Exciting

Posted on May 26, 2019 Posted By: lscf Categories: Word For The Week, Zac Poonen 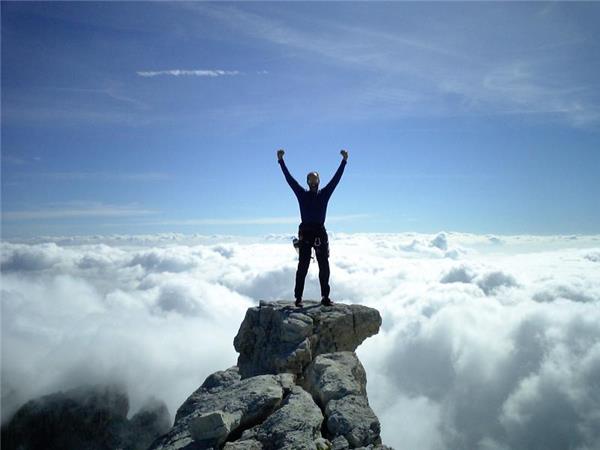 It is written in Exodus 12:40, “The time that the sons of Israel lived in Egypt was 430 years.” However when God spoke to Abraham, He had told him that his descendants would be in another land for just 400 years (Genesis 15:13). But here we read that they were actually there for 430 years. Did God make a mistake? No. God is very exact in his timetable. God doesn’t make any mistakes. When God spoke to Abraham, His perfect will for the Israelites was that they should be in Egypt for 400 years. Why then did they stay an extra 30 years? To find the answer to that, let us consider another example. When God brought the Israelites out of Egypt His plan for them was that they should be only 2 years in the wilderness. But how many years did they actually spend in the wilderness? 40 years. (See Deuteronomy 2:14). God may plan to break you in 2 years. But it may actually take 40 years. God may want to begin to use you 2 years after you are converted. But He may not be able to use you for 40 years. It all depends on how quickly you are broken. So also, God’s plan for Israel was that they should stay 400 years in Egypt. But they had to stay for 430 years.

I believe the reason was that their leader Moses was not yet ready. I believe that when Moses left Egypt at the age of 40, God had wanted to break him through a 10-year course with his father-in-law in the wilderness, so that he could be ready at the age of 50 to be Israel’s leader. But Moses did not learn his lesson in 10 years. His father-in-law had to humble him some more, before Moses was broken enough. It took Moses 40 years to complete that 10-year course! Therefore the Israelites had to wait 30 more years. God is dependent on broken men for His work on earth. This has a message and a warning for us. God may have a plan for your life. But it will never be fulfilled till you are broken. What He has planned to do in you in 10 years may take 40 years. So, it is good to be quick to humble ourselves always under God’s mighty hand – which refers to the circumstances He sends across our path.

Lamentations 3:27 says, “It is good for a man to bear the yoke (humble himself and be broken) in his youth. “Allow God to break you when you are young. Don’t fight against the circumstances God permits in your life, for that will only delay God’s plan. All your Bible knowledge, musical abilities and money cannot equip you for God’s service. Brokenness is essential. Jacob could become an Israel only when he was broken. Moses could become a leader and a prophet only when he was broken. In Exodus 2 we read of the time when Moses goes out to deliver the Israelites from the Egyptians. He sees an Egyptian beating a Hebrew (Exodus 2:11) and he beats the Egyptian to death. Can you imagine how strong Moses was to kill a man just with his bare hands? If he had continued killing the Egyptians at this rate – one by one – how many years do you think it would have taken to kill all the millions of Egyptians? Moses would have died before all the Egyptians were killed. But when God had broken him by the age of 80, all Moses had to do was to lift up his rod over the Red Sea, and in a moment the entire Egyptian army was buried under the Red Sea. That’s the difference between what a man can accomplish in his own strength and what a broken man with God’s power can accomplish.

The message in the Scriptures right from the beginning is this: If you want to build Jerusalem, the true church, you have to be broken. You have to be humbled by God through circumstances and through people. If you don’t rebel in those circumstances, God can do a quick work in you. I have seen a lot of zealous young people who know the Bible in their heads and who think they can go out and serve God. And they go out and serve God in their strength. Twenty or thirty years later they are frustrated, discouraged, critical, and blame this person and that person for their failures. They have accomplished nothing and wasted their lives. Why? Just one reason – they never allowed God to break them.

The Bible says that “the godly man’s life is exciting” (Proverbs 14:14 – Living). I am 79 years old now and have been a child of God for over 59 years – and I can honestly testify that my Christian life has been exciting. I have been through many trials, but in all of them I have experienced God in exciting ways. I am excited to be able to live for God and serve Him. Serving the Lord is the best thing that anyone can do in this world. I don’t have a complaint against anyone in the whole world. Nobody has ever succeeded in doing harm to me so far. Many have tried to harm me and some of my co-workers have betrayed me. But everything they did has only worked for my good – as it says in Romans 8:28. So I actually thank God for them, because God used their evil actions to make me more Christ-like – that was the good that came out of their evil actions. God broke me in my younger days and He is still breaking me today. This is the way of fruitfulness. The more we are broken, the more God can use us to be a blessing to others.

We read in Exodus 17 that it was only when the rock was smitten that the waters begin to flow. If the rock is not smitten, the waters will not flow. When the woman who brought perfume in an alabaster vial broke it at Jesus’ feet, only then did the sweet odour fill the house. No-one could smell that until the vial was broken. When Jesus took the bread and blessed it, nothing happened. But when He broke it, five thousand were fed. What is the message in all these examples? Brokenness is the way of blessing. When the atom is split what power is released! It can give electricity to a whole city! Imagine the power that is released when a small atom – so small that you can’t even see it under a microscope – is broken. The message in nature as well as in the Bible is just this: God’s power is released through brokenness. May that message grip your life. God gripped me with that message in 1963, when I was seeking God for the baptism in the Holy Spirit and for His power in my ministry. God showed me then that the way of brokenness was the way of power. And I never want to forget that all my life. I want to encourage you to learn that lesson when you are still young.