Posted on September 20, 2020 Posted By: lscf Categories: Word For The Week, Zac Poonen 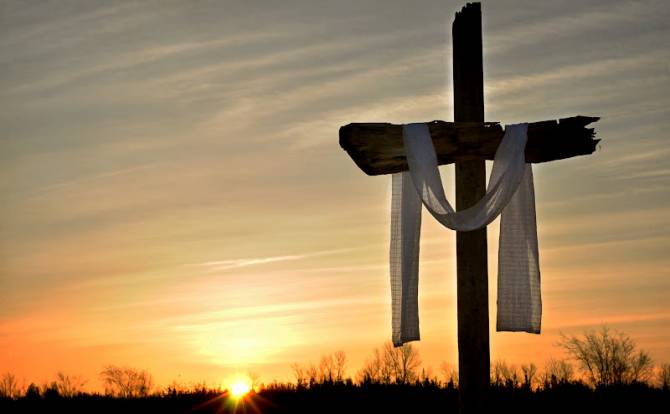 Let me share with you concerning the divine exchange that took place on Calvary’s cross in three areas – What Jesus became for us and what we can now become in Him as a result.

This is the glorious truth of justification by faith – a free gift of God for those who are humble enough to realize that they can never become righteous enough to meet God’s standards. Jesus not only bore the punishment for our sins. He also actually became sin. We can’t fully understand how awful an experience that was for Jesus, because we have unfortunately become as familiar with sin as a pig is with filth. To understand even faintly the revulsion that Jesus had for sin, think of jumping into a full septic tank and becoming assimilated permanently with the filth and dung in it. That gives us a faint picture of the depth of His love for us, that made Him become what He hated, in order that we might become the righteousness of God in Him. God’s righteousness is as high above the righteousness of the holiest man on earth as heaven is above the earth. The sinless angels cannot look at God’s face ( Isa. 6:2 , 3 ). But we can, because we are in Christ. When we see the awfulness of sin, we will begin to hate that which crucified Jesus. And when we see what we have become in Christ, we will rejoice in our perfectacceptance before God.

The context of this verse shows that it is speaking of material poverty and material riches. Christ was once rich, the verse tells us. What does it mean “to be rich“? To be rich does not mean having lots of money and property, but rather having enough for our needs and some extra to help and bless others with. This is what God wants all of us to have. Being rich is described in Rev.3:17 as “having need of nothing“. That is how God is rich. God does not have silver or gold or a bank account or even a wallet. But He has need of nothing. Jesus, when He was on earth was also rich in this way. He could feed 5000 men besides women and children. Only a rich man could do such a thing today. He had money to pay His taxes. The only difference was that whereas men take money out of their banks to pay their taxes, He took it from the mouth of a fish. He had enough money to give to the poor ( John 13:29 ). He was not poor on earth, for He had “need of nothing”. But He did become poor on the cross. The poorest beggar we have seen has at least a rag around His body. Jesus did not have even that when He was crucified. He was really poor when he died. Why did He become poor on the cross? That we might become rich – that we might have ” need of nothing” at any time in our lives. God has not promised to give us all that we want. Even wise parents don’t give their children all that they want. But He has promised to supply all our needs (Phil.4:19 ). If we seek God’s kingdom first and His righteousness, we will always have everything we need for life on this earth ( 2 Pet.1:4 ).

The curse for not keeping the Law is described in Deut.28:15-68 – confusion, incurable sicknesses, plagues, constant failure, blindness, madness, being exploited by others, children lost to the enemy (Satan), stark poverty etc. None of this is for us, because Jesus became a curse for us. Note however, that the blessing we are promised in lieu is not the blessing of the Law (described in Deut.28:1-14 ), consisting of much money and many children, but rather the blessing of Abraham (described in Gen.12:2 , 3 ), which is basically: The Lord blessing us and making us a blessing to every person that we come across. This is the blessing that comes through being filled with the Holy Spirit – a well of water springing up within us and blessing us ( John 4:14 ), and rivers of water flowing through us and blessing others ( John 7:37-39 ). The Lord’s promise to even the worst sinner is that ” as he has been a curse in times past, he can be a blessing in the times to come ” (Memorize this wonderful promise in Zech.8:13 ).

I believe that it is God’s will to make you a blessing to every person you come across wherever you are living. However, you must believe God for this to take place. Believe that no part of the curse can touch you. Satan has been defeated on the cross. So he has no right on any part of your life. Confess these truths with your mouth and be an overcomer all your days. Every blessing of God can become ours only as we actually believe and claim it by faith. We must also confess with our mouths that God’s Word is true. With the heart man believes. But with the mouth, we confess unto salvation and deliverance ( Rom.10:10 ). That way (“by the word of our testimony“), we overcome Satan’s accusations against us too ( Rev.12:11 ).