Posted on December 6, 2020 Posted By: lscf Categories: Word For The Week, Zac Poonen 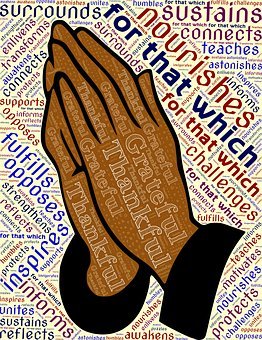 If you have valued the spiritual food that that you have received in the church through the years, then you will appreciate the church very highly. Consider how grateful you are to those who invite you for a single meal. How much more grateful you should be for the spiritual food that you have received constantly, year after year, in the church. Or consider this matter in another way. Supposing there was someone who looked after you children, protected them from danger, cared for them when they were sick, encouraged them when they were discouraged, and helped them with their studies so that they got good marks. And suppose this person did all this not just for a day or two but for a number of years. Wouldn’t you be grateful to him? Are you at least equally grateful to the church for protecting your children. One reason why many believers have not grown spiritually is because they have not been grateful for what they have received in the church. The ones who have fallen away from the church are those who have been thoroughly ungrateful for all that they have received so freely for so many years in the church.

In Luke 17:15, we read of ten lepers who were healed. But only one of them returned to the Lord to thank Him and to glorify God. When they were in need, they had all raised their voices asking for mercy. But after they were healed, nine were thoroughly ungrateful for the benefit they received. Only one raised his voice in thanksgiving. There must have been thousands of others too who were healed in Palestine who never bothered to thank the Lord. But this Samaritan man returned and thanked the Lord. He might have told the Lord something like this, “Lord what a different life my life is going to be in future, now that You have touched me. I can go inside the city. I can go back to my family. You have brought joy into my life. I don’t want to take any of these blessings for granted. I owe everything to You and I am deeply thankful for all of Your blessings on my life”. Jesus appreciated the man for this spirit of gratitude that he manifested. Then Jesus gave him something more. He told him that his faith had saved him. That cleansed leper got something more than just healing from the Lord. He had already received healing. But because he was grateful, he got salvation as well. I am certain that I will meet this Samaritan in heaven. But I am not sure whether I will meet any of the other nine there. When you come back to thank the Lord you get something more than what the others get.

The Lord is in the midst of His church, which is His body on earth. We show our appreciation for the Lord now by valuing His body. If you don’t appreciate and value the church, it is you who will be the loser, not the church. God has mightily blessed those who have valued the church and who have been thankful for what they have received from the church.

Jesus valued the loyalty of His disciples very highly. Once He told His disciples that even though all of them were going to forsake Him, yet He would not be alone, because His Father was going to be with Him (Jn.16:32). He did not need those disciples. Yet He told them in Luke 22:28 that He was thankful that they had stood by Him. He was the Lord of glory. He did not need anybody to stand by Him. But even though He did not need their support, He appreciated their loyalty. He was saying to them, as it were, “You have come out of this old Jewish system and given up the old wineskin. You have seen the difference between the spirit of the Bride and the spirit of the harlot and you have come out and stood by Me, willing to pay any price.”

I hope the Lord will be able to say to us in the final day that we stood by Him and were not ashamed of Him, that we loved the church He placed us in, and gave ourselves for it, and were not critical of the church like many others. Brothers and sisters, let us appreciate the tremendous protection that we and our children have had in the church. You, young people will never realise how much the church has protected you from accident, danger and sin. Only when you stand before the Lord will you realise how the strict standards in the church kept you from going astray into the world and destroying yourself. In that day, you will see how something you heard in the church many years earlier protected you from danger much later. The Lord will also show you in that day how many dangers your children were saved and protected from, because of what they heard in the church. Yet, in spite of these and many other blessings, how little all of us have appreciated and valued the church.

Do you want to progress to the point where you become a blessing to others? Then first of all, learn to be thankful to the Lord for what He has done for you and for the church He has given you. Don’t take the church for granted. Many of us are like children who realise the real worth of their parents only after their parents are dead. May the Lord teach us to be thankful for one another in the church now, before it is too late.