Posted on April 24, 2016 Posted By: admin Categories: Word For The Week 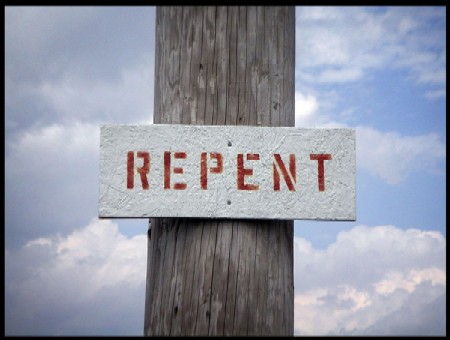 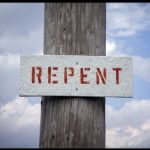 Someone has said that truth is like a bird and has two wings – “It is written” and “It is also written”. If you have only one wing, you will go around in circles perpetually and probably astray. But when you have both wings you move forward. Consider the answer to this question: Why did Christ die on the cross? The common answer to that question is: It is written, “Christ died for our sins.” (1 Cor.15:3). But that is only half the truth. To get the whole truth, we must look at another Scripture. It is also written, “Christ died so that those who live should no longer live for themselves but for Him who died and rose again on their behalf.” (2 Cor.5:15). Only when we put both these Scriptures together, do we get both wings of truth.

As we get a better understanding of God and Scripture, we will realise that sin is not just murder, adultery and theft etc., it is living for oneself. If we live for ourselves, whatever bad habits we may have put away, we are still living in sin. You may have given up your gambling, smoking and drinking, and yet not have repented of the root cause of all sin – living for yourself. But there are many preachers today who will tickle your ears and tell you that you are still saved!! Such preachers are happy so long as you go along to their meetings and put your contribution into the offering-bag!!

One of the greatest deceptions that Satan has ever deceived believers with is this – making them believe that a man can continue to live for himself and still be saved and go to heaven at the end of his life. When the devil sees that he can’t enslave a man through a bad habit, he will enslave him through something neutral – just so that the man has no time for God, or for reading the Bible, or for fellowship. It could be a good, clean television program that enslaves a man. The devil is looking for believers who will seek their own – their own entertainment, their own profit, etc. The devil has 101 means to keep a man away from God. That is why we need to see sin not just as drinking and gambling and adultery and murder. We must see sin as “living for ourselves”. To sin is to do what pleases ourselves; to do our own will. From that root, many fruits of sin come forth. Jesus died to save us from all that.

John the Baptist said that when Jesus came, He would lay the axe to the root of the tree. This is the root that Jesus has come to lay the axe to -living for ourselves and wanting to do our own will.

Repentance means an “About Turn”, so that we turn our backs henceforth to living for ourselves and decide to live for God alone. This does not mean becoming full time Christian workers. No. God calls only 1 in a 1000 of believers to be full time workers. He wants all His other children to work in secular jobs – earning their own living, but not living for themselves but for the glory of God.

Repentance is described in  as “turning to God from idols”. Many so-called believers have not turned to God from their idols. In India, many of the heathen people are happy to accept Christ as their god – but only as one more god in addition to the many idols that they already worship. We know that this is impossible. One who accepts Christ must give up all other gods and idols.

This means that the old attitudes, the old way of living has gone away. He is no longer living for himself. He has not reached the goal of Christlikeness. But he has turned around and is seeking to live for the glory of God. This and this alone is true repentance.

We have to turn from living for ourselves, if the Lord is to build His church through us – the type of church that He has planned from eternal ages. He can build it only through people who are not seeking their own, but who are willing to lay everything on the altar for Him.

The Old Testament temple was built on Mount Moriah – where Abraham offered up his son Isaac to God (2 Chron.3:1). Abraham had only one son left, at that time – Isaac, the darling of his heart. God tested Abraham’s devotion that day to check whether Isaac had become an idol in his life. God told him, as it were, that he had to turn from all idolatry if he was to serve the Lord. And so he had to place his son on the altar and give him up. God did not take Isaac away, because God was only detaching Abraham from his unnatural attachment to Isaac that would have hindered his walk with God. God has to do the same with us. We have to give him that which is most precious to us.

In the rich young ruler’s case it was his money. Just like God asked Abraham to give up Isaac, God asked the rich young ruler to give up his money. For all you know, if that rich man had only said “Yes, Lord, here it is all”, God may have told him that he could keep his money, just like he told Abraham to keep Isaac. But he had to give it up first. May we then all have the grace to say, “Lord whatever Isaacs there are in my life, I lay them all on the altar and give them all up to You. I don’t want any more idols in my life that come between You and me. I don’t want to live for myself. I really want to live for You alone. I want to live for the glory of God. I don’t want to waste my life.”

This is the best news in the world: We don’t have to be slaves to our own ambitions and desires anymore and thus waste our earthly lives, but can be free to live for the glory of God and thus live useful lives. To live for ourselves is to live in bondage and in chains. To live for the glory of God is to be like the eagles who fly in the sky. The good news of the gospel is that Jesus can break every chain and set you free – TODAY!!

If you have wasted much time in profitless pursuits in the past, you can’t do anything about that now. But you can press on to do the best TODAY.

Since there is still time ahead of us, what we should all say to the Lord is: “Lord I can’t do anything about the years of my life that are past. But I want to live the rest of my life for You alone. Search my life and see if there is any idol anywhere that I am worshipping. I want to turn from every idol in my life to worship and serve You alone. Lord Jesus I repent especially of this unconscious idolatry of living for myself.” May the Lord help us all.