Posted on August 4, 2019 Posted By: lscf Categories: Word For The Week, Zac Poonen 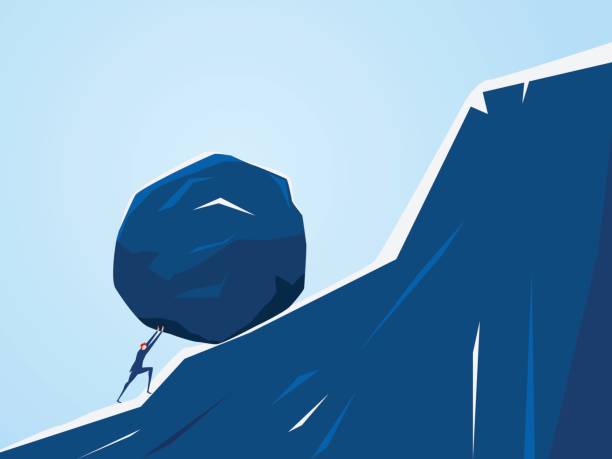 God’s Word says about Jesus, “He learned obedience and was made complete” (Hebrews 5:7-9). The word “learned” is a word that relates to education. So what this verse is saying is that Jesus received an education in obedience as a Man. In each situation, He obeyed His Father and thus completed His education as a Man. Thus He became a Forerunner for us, so that we too can follow in His footsteps, overcoming temptation and obeying God (Hebrews 6:20). Our Lord can sympathise with us in our struggles against temptation, because He too was tempted like us (Hebrews 2:18; 4:15; 12:2-4). The purity of Jesus as a Man was not something that He received on a platter, but one that was acquired through battle. But those battles were not endless ones. Every temptation was conquered – one after another. Thus, over the period of His lifetime, He faced every single temptation that we are tempted by – and overcame.

All of us have lived in sin for many years, and our sinful flesh can be likened to a box full of poisonous snakes that have been well-fed – by us!! The names of these snakes are impurity, anger, malice, strife, bitterness, love of money, selfishness, pride, etc. This box has an opening at the top from which these snakes put out their head whenever we are tempted. We have fed these snakes in plenty during our unconverted days. As a result, they are well-fed, healthy and strong. Some snakes have been fed more than others, and so those lusts have a greater grip on us than others. Now that we have died with Christ to sin, even though these snakes are still hale and hearty, our attitude to these snakes has changed! We have now been made partakers of the Divine nature and “those who belong to Christ have crucified their flesh with its lusts” (Galatians 5:24). Unlike in the old days, now, when a snake puts its head out of the opening of the box (when we are tempted), we hit it on the head with a stick. It goes back into the box. When we are tempted again, the snake puts its head out again, and we hit it again. Gradually it gets weaker and weaker. If we are faithful in each temptation to hit the snake instead of feeding it, then we will soon find the pull of temptation weakening. The flesh cannot be ‘shot’ or ‘hanged’ in a moment. It can only be crucified. Crucifixion is a slow death, but it is a certain one. That is why we consider it all joy, when we are tempted (James 1:2) – because it gives us the opportunity to hit the snakes and weaken them. This would not have been possible otherwise.

Consider the matter of dirty thoughts. If we are faithful in this area, we will find that death enters in after a while. This may take some years, if in our unconverted days, we have fed this snake for many years. But death will surely come if we are faithful. One result will be that our dreams will become purer too. Dirty dreams will become more and more of a rarity. If however dirty dreams increase in their frequency, that would indicate that we are becoming unfaithful in our thought-life once again. This is a good test by which we can gauge our faithfulness in our thought-life. Dirty dreams are unconscious sins, and so we need not feel guilty about them (Romans 7:25; 8:1). 1 John 1:7 tells us that the blood of Jesus cleanses us automatically from all such sin, if we walk in the light. Utter faithfulness will bring total victory. But utter faithfulness in the sexual area, for example, involves our not even admiring a good-looking face (in the opposite sex), even when no sexual thoughts are connected with such admiration.

This is the faithfulness that Proverbs 6:25 (“Do not desire her beauty”) calls us to. It is because very few are faithful in this area that very few come to purity in their dreams.

The subconscious part of us is affected a great deal by what we consciously think about during our waking moments – not by temptations that are flashed into our mind, but by our reactions to those temptations. If our subconscious part gets the message that we hate sin even in our thoughts and attitudes and that we are living before God’s face, then it will ‘fall in line’ with our desire for purity (See Psalms 51:6). The important question therefore is not, “What do my fellow believers think of my purity?” but rather “What message has the subconscious part of me got?” Your dreams will usually give you the answer. Those who are not seeking for total purity can never understand what we are saying here. Those who take their dirty dreams lightly do not realise that these are indicators of unfaithfulness in their conscious thought-life. Such believers will consider what we are saying as extreme and unrealistic, because spiritual matters are foolishness to the natural mind.

The good news however is that no matter how filthy your thought-life may have been, it can become totally pure, if you are faithful in seeking to walk the way Jesus walked. This in turn, will purify your dreams too – although this will take time; the time taken will depend on how much you fed the flesh in your unconverted days. But the strongest snake too can be put to death, through radical faithfulness.