Joy in The Midst of Trials

Posted on April 26, 2020 Posted By: lscf Categories: Word For The Week, Zac Poonen 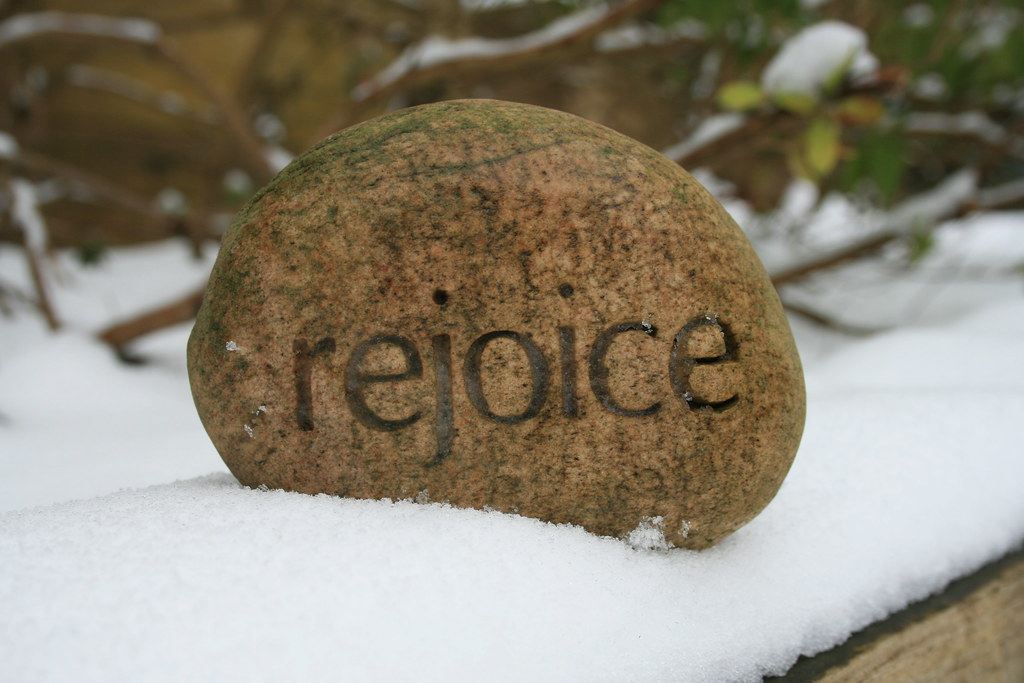 There is a lot of emphasis on joy in the letter to Philippians. “Always offering prayer with joy in every prayer I pray for you” (Phil 1:4) and “Rejoice in the Lord always, and again I say unto you, rejoice” (Phil 4:4).

Jesus spoke most about joy on the night before He was crucified (in John 15 and 16). At the last supper, He told His disciples, “These things I have spoken to you so that your joy may be full…. No man can take away your joy … I want to give you My joy.” He was going to be falsely accused and crucified publicly as if He were a criminal in a few hours from then. Yet He was going around sharing His joy with others and encouraging them!!

This is the mind and attitude of Christ that Paul had. He was full of joy in prison. We don’t know whether Paul was only under house arrest as a prisoner at the time he wrote this letter (Acts 28:16, 30, 31) or whether he was in an actual Roman prison. The Roman prisons of those days were dark dungeons full of rats, mosquitoes and creeping insects, where prisoners had to sleep on the floor and were given very little food. Whichever of these two locations Paul may have been in, the circumstances were definitely not pleasant. Yet in such circumstances, Paul was full of joy. He had been imprisoned for preaching the gospel. But he had no tears for his own sorrows. He didn’t want any sympathy from anyone either. He was full of joy.

What an example Paul is for Christians who live in comfort and yet complain at the smallest inconvenience. How often we see believers trying to get sympathy from others just because they are facing a little difficulty or going through a small trial. Paul doesn’t say a word here about his sufferings. He says, “I thank my God in all my remembrance of you, always offering prayer with joy in my every prayer for you all” (Phil 1:3, 4). He wrote that probably after a whole night of being bitten by mosquitoes; and he may not have had much warm clothing to cover him either. His joy did not come from his circumstances, but from the grace of God that he saw in the believers at Philippi.

Many years earlier he had been led by the Lord through a vision to go to Philippi (Acts 16:9-12). He had followed that vision and gone there and led people to the Lord – and been imprisoned in Philippi too. The jailer who was converted there was probably an elder in the church in Philippi now, and he would have told the people then, “I saw this man rejoicing in prison.” Paul’s joy came out of a life that was spent usefully for the Lord. When you come to the end of your life, the thing that will bring you joy is the fact that in the days when God gave you health and strength you spent your life serving the Lord, gathering people for His kingdom and building His church. Think of that now, so that when you come to the end of your life, like Paul, you can thank God for what He did with your life.

In Philippians 4:4, the Holy Spirit urges us, “Rejoice in the Lord ALWAYS” – not sometimes or even most of the time, but all the time. This verse challenged me many years ago. I acknowledged that this verse was not true in my life; and then I asked the Lord to make it true in my life. Do you want to be healthy only sometimes, or most of the times, or all the time? We all want to be healthy all the time. So do you want to rejoicesometimes, most of the time, or all the time? You say, “Is that possible?” By the grace of God it IS possible. God would not have given us such a command if He knew it was impossible. If this is not yet true in our lives, then let us be honest and tell the Lord so. Ask him to fill you with the Holy Spirit and to teach you that everything in the world is garbage outside of Christ. Then you WILL rejoice all the time. A lot of the grumbling, complaining and murmuring found among believers is because they have not seen everything in the world as garbage, outside of Christ – then it is indeed impossible to rejoice always! Paul was a prisoner in a rotten dungeon of a prison in Rome when he wrote those words. If he could rejoice in such circumstances, then why can’t we?