Jesus was Tempted but Always Overcame

Posted on October 25, 2020 Posted By: lscf Categories: Word For The Week, Zac Poonen 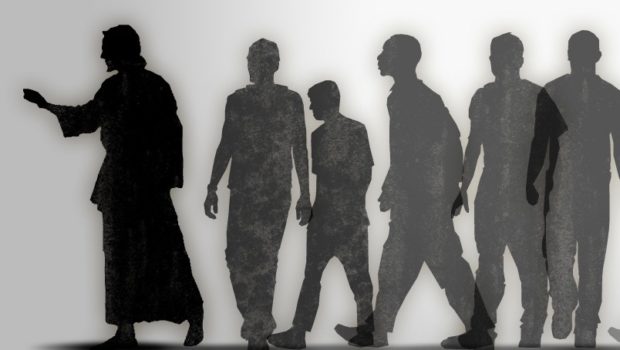 Jesus faced exactly the same temptations that we all face every day (Heb.4:15 ). He had all our limitations, and yet He overcame – because He loved righteousness and hated sin and cried out to the Father for help whenever He was tempted (Heb.1:9;5:7 ). The Holy Spirit helped Jesus as a Man – and the Holy Spirit will help you also in the same way.

Think often of how Jesus faced temptation as a young man. He felt the pull of the same temptations that all young men face. Overcoming temptation was not any easier for Him. In fact, it must have been more difficult, for His nature was totally pure and so temptation was more repulsive to Him – and so its pull must have been stronger than it is for us. And yet He overcame.

And now Jesus is on your side of the rope in the tug of war against temptation – and He stands ready to help you. The anchor-man on the enemy’s side is the big heavyweight called Pride. Next to him is another heavyweight called Selfishness. But God will help you to pull them both over, along with all the other sins – and you will overcome. Praise the Lord!

Here is a promise that you can hold on to in faith: “Jesus is able to keep you from falling (stumbling)“(Jude 24).Walking by faith has to be learnt just like physical walking. There will be a number of falls initially, as for a baby. But the falls will become less and less as you press on. Finally, falling will become rare, although a time will never come, when even the greatest saint can say that he will never fall.

When you fall, you may be tempted to call your fall by some other name than ‘sin‘. That is dangerous. There are many who call their sins as ‘mistakes’, ‘blunders’, etc., in order to evade personal responsibility for their sins. They even misquote Romans 7:17 , ” It is no longer I doing it, but sin that dwells in me….“, in order to excuse their obvious sins. This is a dangerous way to go. Avoid it – because you will then live in self-deception, as those other people are living. If we confess our sins God will be faithful to forgive us and cleanse us ( 1 John 1:9 ). But there is no promise of cleansing if we call our sins ” mistakes”. The blood of Jesus cleanses only sins. So, always be honest whenever you fall into sin. Call it ” sin“, turn from it, hate it, forsake it, confess it to God – and then forget about it, for it has been blotted out.

Sins of attitude are more serious than sins of action, because they are less easily recognized. Here are some sins of attitude: pride, critical attitudes, bitterness, jealousy, inward judgment of others (by what you have heard or seen – Isa.11:3), seeking your own, selfishness, Phariseeism, etc.

If a believer who preaches victory over sin, looks down on others, he doesn’t realize that he does not have victory over the greatest sin of all – spiritual pride. To despise others is the equivalent of constantly committing adultery. And for such a believer to be talking about victory over sin is ridiculous! The more you grow spiritually, the more holy you become, and the more victory over sin you get, the more humble you will become. This is the primary proof of genuine holiness. In a fruit tree, the branches with the most fruit bow down the most!

Many confuse human self-control for ‘partaking of the Divine nature’. Human self-control can produce an outward reformation. But it will leave the inner man haughty and proud and Pharisaical in its attitude. We are called to receive grace from God to overcome sin – and we can never be proud of what we received freely. We can be proud only of what we produced ourselves – and the holiness we produce by our own efforts will always be a false holiness.

The Divine nature that you are called to partake of is love. God is kind and good to unthankful and evil people, and makes the sun to shine on the evil and the good alike ( Matt.5:46-48 ). This is the example that you must follow too. Love everyone – whether they agree with you or not. Avoid all controversial discussions and arguments – like you would avoid a deadly disease. If others around you want to argue about something, tell them lovingly that you would like to avoid all controversy. Pursue after being made perfect in love with all your heart.