Jesus Said “In The World You Have Tribulation”

Posted on April 19, 2020 Posted By: lscf Categories: Word For The Week, Zac Poonen 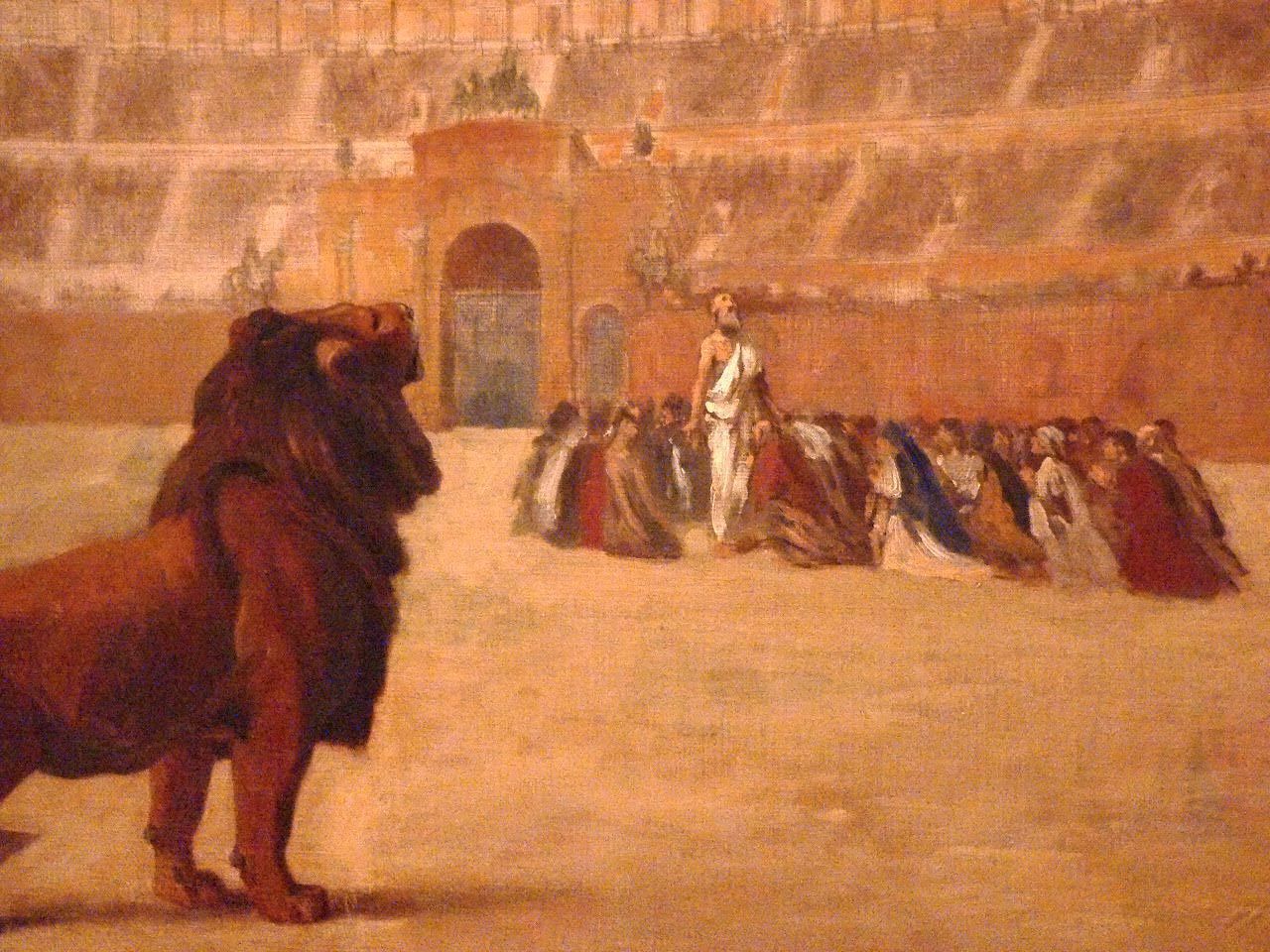 Jesus said in John 16:33 “In the world you have tribulation. But take courage; I have overcome the world”. He never promised that we would escape tribulation – whether small tribulations or the great one. But He did say that we could overcome even as He overcame. He is far more interested in making us overcomers than in saving us out of tribulation, because He is far more interested in our character than in our comfort. Neither did Jesus ever say that escaping the great tribulation was a reward for faithfulness, as some teach. On the contrary, He said that those who forsook everything to follow Him would have even more tribulations than others who didn’t follow Him (Mark.10:30). When He prayed to His Father for His disciples, He said, “I do not ask Thee to take them out of the world, but to keep them from the evil.” (John.17:15). He did NOT want His disciples to be raptured out of the world at that time, just because they were going to face tribulation.

In the 3rd-century when Christians were being thrown to the lions in the Roman amphitheatres and being burnt at the stake in different parts of the Roman empire, the Lord did not rescue them from such tribulations. The God Who shut the lions’ mouths and took away the power of the fiery furnace in Daniel’s day, did NOT do such miracles for these disciples of Jesus – for these were new-covenant Christians who were going to glorify God through death. Like Jesus their Master, they neither asked for, nor expected twelve legions of angels to come and protect them from their enemies.  From heaven, God watched the Bride of His Son being torn to pieces by lions and being burnt to ashes; and He was glorified in their testimony – for they had “followed the Lamb, wherever He went”, even unto a violent physical death (Rev.14:4). The only word that the Lord spoke to them was, “Be faithful until death and I will give you a crown of life” (Rev.2:10).  Even today, when the disciples of Jesus are being tortured and persecuted for His Name in many lands, the Lord does not take them away from the earth. And He will not rapture us to heaven before the great tribulation either. He will do something far better. He will make us overcomers in the midst of the great tribulation.

Such a message is strange teaching indeed to a comfort- loving Christendom that has been coddled in their pews every Sunday for years by ear-tickling preachers. But this is the message that the apostles preached to the early churches. “They (the apostles Paul and Barnabas) strengthened the souls of the disciples, encouraging them to continue in the faith, saying, ‘Through many tribulations we must enter the kingdom of God'” (Acts 14:22).

The little trials that we face at home and at work now, are but a preparation for the greater ones that will come in the days to come. That is why it is essential that we are faithful now. For God says, “If you have run with footmen and they have tired you out, then how can you compete with horses?” (Jer.12:5).  In Revelation Chapter 1:9,10 John refers to himself as a “fellow-partaker in the tribulation which is in Jesus”. Every wholehearted disciple of Jesus should be prepared to partake in the“tribulation which is in Jesus”, as long as he is in this world. John did not get this unveiling while living in comfort. He received it, while experiencing tribulation at Patmos, because he had been faithful to “the word of God and the testimony of Jesus” (Rev.1:9). He had to experience tribulation himself in order to be able to write about the saints experiencing the great tribulation from the Antichrist in the last days. God takes us through trials and tribulations first before giving us a ministry to others who are facing tribulation.  Perseverance is a great virtue that is emphasised throughout the New Testament. Jesus Himself said “They will deliver you to tribulation. But the one who endures to the end shall be saved” (Matt.24:9,13).