Jesus Defeated Satan on The Cross

Posted on October 27, 2019 Posted By: lscf Categories: Word For The Week, Zac Poonen 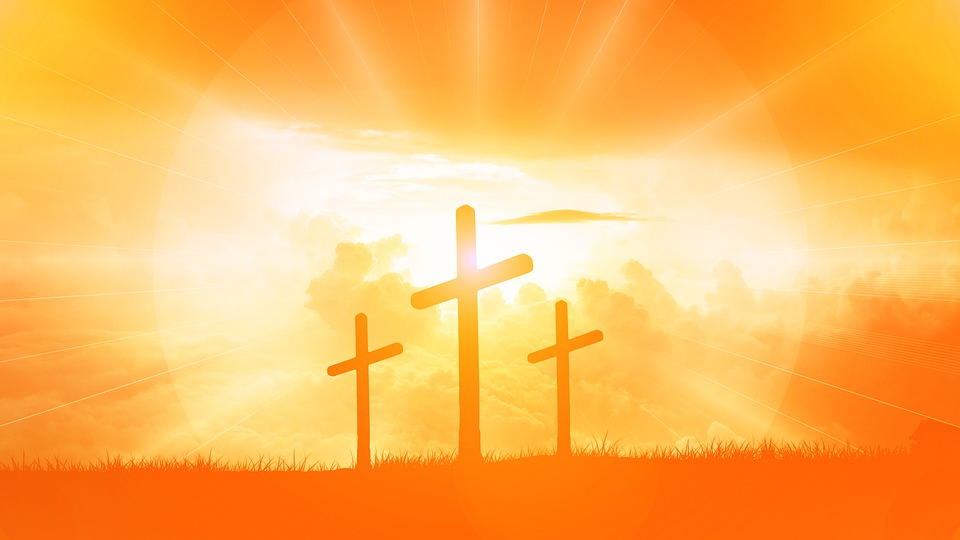 The greatest battle that ever took place on this earth is not written about in any of the world’s history-books. It was on Calvary, when Jesus through His death defeated Satan, the prince of this world. One verse that you should never forget in your whole life is Hebrews 2:14,15. I am sure Satan would not like you to know this verse. No one likes to hear about his own defeat or failure, and Satan is no exception. Here is the verse: “Since then the children have partaken of flesh and blood, He (Jesus) Himself likewise shared in the same, that through death (His death on Calvary’s cross), He might destroy him who had the power of death that is the devil, and release those who through fear of death were all their lifetime subject to bondage.”

When Jesus died he made the devil powerless. Why? So that we might be forever free of Satan and the bondage of fear that he had put on us throughout our lifetime. There are many types of fears that people in the world have – fear of sickness, fear of poverty, fear of failure, fear of people, fear of the future etc., The greatest of all fears however is the fear of death. Every other fear is inferior to the fear of death. The fear of death leads on to the fear of what will happen after death. The Bible teaches very clearly that those who live in sin will finally go to hell – the place that God has reserved for those who do not repent. The devil also will spend eternity in the lake of fire, along with those whom he deceived and led into sin on this earth. Jesus came to the earth to save us from that eternal hell, by taking the punishment from our sins. He also destroyed Satan’s power over us so that he can never harm us again.

I want all of you to remember this one truth all your lives GOD WILL ALWAYS BE ON YOUR SIDE AGAINST SATAN. That is such a glorious truth that has brought so much encouragement and comfort and victory to me, that I wish I could go everywhere and tell every believer in the world about it. The Bible says “Submit to God. Resist the devil and he will flee from you” (James 4:7). The Name of Jesus is the Name at which Satan will always flee. The picture that most Christians have in their minds is one of Satan chasing them and of their running for their lives from him. But that is exactly the opposite of what the Bible teaches. What do you think? Was Satan afraid of Jesus or not? We all know that Satan was scared to stand before our Saviour. Jesus is the Light of the world, and the prince of darkness had to disappear from before Him.

Jesus told His disciples about how He had seen the fall of Satan in heaven. And there, Jesus said, that Satan’s fall had been “like lightning” (Lk.10:18), when God cast him out. When Jesus told Satan in the wilderness, “Be gone, Satan”, he disappeared from Jesus’ presence too at the speed of lightning. And when we resist Satan in the Name of Jesus today, he will flee from before us too at the speed of light. The darkness flees before the light. Satan is afraid of the Name of Jesus. He is afraid to be reminded of the fact that Jesus is Lord. Demon-possessed people will not confess that Jesus Christ is Lord, neither will they confess that Satan was defeated on the cross. There is power in the Name of Jesus Christ to cast out any demon and to make any devil flee from you – at the speed of lightning. Never forget that.

Anytime in your life if you are in a difficulty, or facing some insurmountable problem, when you are facing something for which there appears to be no human answer, call upon the Name of the Lord Jesus. Say to Him, “Lord Jesus, you are on my side against the devil. Help me now”. And then turn to Satan and tell him, “In Jesus Name I resist you, Satan”. I want to tell you that Satan will flee from you immediately, because Jesus defeated him on the cross. Satan is powerless against you, when you walk in the light of God and resist him in Jesus’ Name.

Satan obviously does not want you to know about his defeat and that is why he has prevented you from hearing about it for so long. That is why he has stopped most preachers from preaching about his defeat as well. I want you all to know this clearly that Satan was defeated once and for all by the Lord Jesus Christ on the cross. You need never again be afraid of Satan. He cannot trouble you. He cannot harm you. He may tempt you. He may attack you. But the grace of God in Christ will always make you victorious over him, if you humble yourself, submit to God and walk in His light at all times.