Posted on December 25, 2018 Posted By: lscf Categories: Word For The Week, Zac Poonen 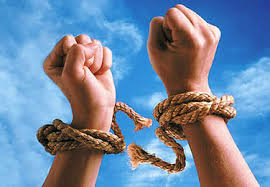 Satan is the author of fear. Jesus was as much against fear as He was against sin. Many times He told people, “Don’t be afraid” (Fear not), just like He said, “Don’t sin.” Jesus was against people living fear as much as He was against people living in sin. Because we trust in the Lord, we need never be afraid. If we accidentally slip up and become afraid or anxious about something, we must get out of it immediately, confess our fear to God and trust Him to take care of us.

Satan attacks the work of God in many ways. But God answers the prayers of His children. Jesus once said that certain demons could be cast out only by prayer and fasting. That means that if we don’t fast and pray, some demons will remain where they are entrenched and will hinder the work of God. God has made His work on earth dependent on us – the Body of Christ. This is a great privilege but also a great responsibility. The Lord has promised us that the powers of darkness will not prevail against His church.

There are many anti-Christian forces operating in the world. But God has not given us the spirit of fear. Those who honour Him will be honoured by Him. So we must not allow ourselves to be moved by fear at any time. Like David who refused to use Saul’s armour, we will also not depend on men or on the arm of flesh to help us at such a time. David fought Goliath with spiritual weapons – the Name of the Lord. Our weapons are spiritual too (2 Corinthians 10:4). And we will certainly overcome – always.

Jesus told us that He was sending us into a wicked world, “as sheep among wolves ” But He also told us in the same verse to be “shrewd as serpents” (Matthew 10:16).

The Lord has all authority in heaven and on earth and has promised to be with us at all times and to exercise that authority on our behalf, if we go forth to make disciples in all nations (Matthew 28:19, 20). It is enough if He is with us. With Him on our side, we can face opposition even from the whole world.

The Word of God commands us saying, “Don’t panic like many others are doing. Don’t fear anyone or anything except the Lord of heaven! If you fear God, you need fear nothing else. He Himself will be your safety. ” (Isaiah 8:12-14 – Living Bible).

“God says, ‘I will never desert you and I will never forsake you’. So we can confidently say, ‘The Lord is my helper. I will not be afraid. What can any man do to me?’ Jesus Christ is the same yesterday and today and forever ” (Hebrews 13:5-8).

There are two things we must remember in relation to “fear”:

1. We should never take a decision based on fear, but always on the basis of faith in God.

2. Fear is Satan’s weapon. So all who try to frighten or threaten others in any way are actually in fellowship with Satan (even if they don’t know it). So we should never use that weapon on anyone (See Ephesians 6:10 and 2 Timothy 1:7).

God uses the evil that others do to us to give us new revelations on His Word and new experiences of His grace that we would not otherwise have had.

The Word of God says, “We are not fighting against human beings but against the wicked spiritual forces in the heavenly world, the rulers, authorities, and cosmic powers of this dark age” (Ephesians 6:12 – TEV). The Lord taught me from that verse that if I wanted to fight effectively against Satanic forces, I must never fight with human beings

Determine that, in future, you will never fight with any human being, and then you will be effective in your battle against Satan. If we follow God’s ways implicitly, we will overcome Satan and his schemes at all times and we will live in triumph constantly.