Don’t Let Past Failures Discourage You

Posted on August 31, 2018 Posted By: lscf Categories: Word For The Week, Zac Poonen 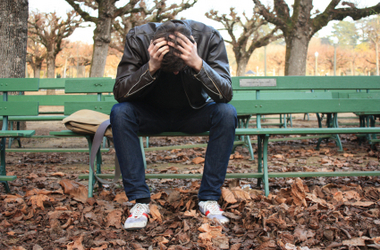 In Luke 18:13 (NASB), the tax-collector prayed saying “God be merciful to me THE sinner.” He called himself, “THE sinner”. What he meant was that he felt that everyone around him was a saint compared to him! In his eyes, he was THE ONLY SINNER on the face of the earth! Jesus said that that man went home justified. It is only such people whom God justifies.

Let me share something with you about what this word “justify” really means. It is a beautiful word and a liberating word (Luke.18:14). Look at the pages of a book. Do you see how the right hand margin on every page is straight, just like the left hand margin? In computer- language this is called “justification”! Even though the number of letters in each line is different, yet the computer makes the right hand edge to be perfectly straight. Now if you were to write something on your computer without “justifying” it, you will find that the right hand edge is jagged. That was how our pages used to come out in the old days when we used manual typewriters. It was impossible to write even a single page in such a way that each line was of equal length. But now we see the miracle of “justification” – and this is not done by just hyphenating the word that comes at the end of each line. No. If you look at the pages in a book, you will find that there are usually no hyphens at all – because that would look ugly too. The computer adjusts the spaces between the words in each line so that every line is neatly “justified”. Even if you have already written 30 lines of a page with jagged edges, you can now command the computer to justify all that you have already written – and lo and behold, by the pressing of a single key, all the lines are immediately justified!! God does exactly the same thing with us, when He justifies us. Maybe you have made a mess of your life, and each day of your past life has ended with a jagged edge. But if you come to Christ, God JUSTIFIES you in a moment! Every line in your past life is made perfect – just as if you had never sinned even once in your entire life – no jagged edges, only a perfectly straight edge.

That’s amazing isn’t it? What the computer does for our pages, God does for our lives. There we see a 20th-century illustration of the word “justified”.

Let me tell you something further. Once we have commanded the computer to justify”, every line that we write thereafter will also be justified automatically and come out in perfect alignment with the other lines. Justification applies just as much to our future as it does to our past. This is an amazing gospel indeed!

God now sees us in Christ. We have no righteousness of our own to boast about, any longer. Christ Himself is our righteousness When God justifies us, it will be as though we had never committed a single sin or made a single mistake in our entire lives. And we are continuously justified by the blood of Christ – because as we walk in the light, the blood of Christ continuously cleanses us from all our sins – both conscious and unconscious.

One of the greatest mistakes we can make when reading the Scriptures is to use the logical way of thinking that we use when working out a mathematical problem. We cannot understand God’s mind that way, because God doesn’t work according to mathematical logic!! So we cannot use logic when trying to figure out whether we can still fulfil God’s perfect plan for our lives, after having made so many mistakes in the past. According to arithmetical logic, that is impossible – because in an arithmetic sum, even if one step is wrong somewhere, the final answer will always be wrong. If you were to use that logic, you’d have to say that if you missed God’s will somewhere in the past (whether that was when you were 2 years old or when you were 52 doesn’t really matter), you could never fulfil God’s perfect will now, no matter how hard you tried and no matter how much you repented – because it doesn’t matter at what stage you make a mistake in an arithmetic problem (whether at step 2 or step 52), your final answer will still be wrong!! But God says “My ways are not your ways.” (Isa.55:8,9). Thank God that His plan for our lives doesn’t work according to mathematical logic. If it did, then not a single human being (not even the apostle Paul) would have been able to fulfil God’s perfect plan. For all of us have failed at some time or the other. We have even failed after becoming believers – so many times. We have sinned deliberately too, after becoming believers. All who are honest will acknowledge that readily. But the amazing truth is that there is still hope for every one of us.

Mathematics unsparingly condemns all who make the slightest error. No allowance is made for even a small mistake. 2 + 2 does not equal 3.99999999. It has to be exactly 4, no more and no less. But God’s plans don’t work like mathematics. In His plan, failure is necessary. There is no way by which any of us can be broken, except through failure. And so we could say, that failure is an essential part of the syllabus in our spiritual education. Jesus was the only One Who lived without ever failing. But the rest of us (even the best among us) have all had to be broken by God through failure. Even Peter and Paul had to be broken through repeated failure.

So rejoice in the message of the gospel and may the kindness of God lead you to repentance. Let it lead you into a life of joy and perfect rest in God – a rest that comes through knowing that God has “accepted you (permanently) in His Beloved Son” (Eph.1:6 – KJV). Every day we make so many mistakes. We slip and fall into sin – even if only accidentally or unconsciously. At times, the pressures on us may be so great, that we get depressed and discouraged – and then we are tempted to sin even more. God understands our pressures and He is compassionate. He will not allow us to be tempted beyond our ability, but will make a way of escape for us (1 Cor.10:13). He can straighten out everything in each of our lives. The Christian life does not work according to human logic. It works according to the miracle-working power, the perfect wisdom and the perfect love of a heavenly Father.

No-one can ever type out his life with perfect lines and produce a perfectly straight edge. It is God Who justifies each of us – even the best of us. No man can ever boast before God.