Don’t Let Past Failures Discourage You

Posted on December 29, 2019 Posted By: lscf Categories: Word For The Week, Zac Poonen 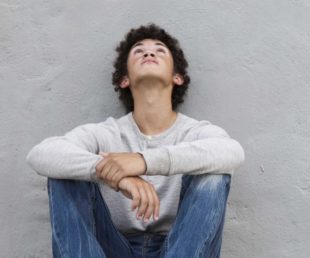 As we come to the end of a year, perhaps there are some who feel that because they have sinned and failed God at some time in their past lives, therefore they cannot fulfill God’s perfect plan for their lives now.

Let us look at what the Scriptures have to say on this matter and not lean on our own understanding or our sense of logic. Notice first of all how the Bible begins. In the beginning God created the heavens and the earth (Gen. 1:1). And the heavens and the earth must have been perfect when God created them, for nothing imperfect or incomplete can ever come forth from His hand. But some of the angels whom He had created fell away. This is described in Isaiah 14:11-15 and Ezekiel 28:13-18. It was then that the earth came into the condition described in Gen. 1:2, “formless, empty and dark”. The rest of Genesis 1 describes how God worked on that shapeless, empty, dark mass and made something so beautiful out of it that He Himself finally declared it to be “Very good” (Gen. 1:31).

We read in verses 2 and 3 of Genesis 1, that (a) the Spirit of God moved over the earth, and (b) God spoke His Word. These two factors made all the difference. What is the message in that for us today? Just this that no matter how much we may have failed or how much we may have made a mess of things, God can still make something glorious out of our lives. God had a perfect plan for the heavens and the earth when he created them. But this plan had to be set aside because of the failure of the head-angel. But God remade the heavens and the earth and still produced something very good out of it.

Then God made Adam and Eve and started all over again. God must have had a perfect plan for them too, which obviously did not include their eating of the tree of the knowledge of good and evil. But they disobeyed God and thus frustrated God’s original plan for them. Logic would now tell us that they could not possibly fulfill God’s perfect plan any longer. Yet God did not tell them that they would now have to live only on His second best for the rest of their lives. No. He promised them in Genesis 3:15 that the seed of the woman would crush the serpent’s head. That was a promise of Christ’s dying for the sins of the world and overcoming Satan on Calvary.

We know that Christ’s death was part of God’s perfect plan from all eternity. “The Lamb was slain from the foundation of the world” (Rev. 13:8). But we also know that Christ died only because Adam and Eve sinned and failed God. So logically, we could say that God’s perfect plan to send Christ to die for the sins of the world was fulfilled, not despite Adam’s failure, but because of Adam’s failure! We would not have known God’s love shown on Calvary’s cross, if Adam and Eve had not sinned.

What then is the message that God is trying to get through to us right from the opening pages of the Bible? Just this that He can take a man who has failed and make something glorious out of him and still make him fulfill God’s perfect plan for his life. If however you say, “I have messed up my life badly. I don’t believe that God can now bring me into His perfect plan” – then it will be impossible for God to fulfil His plan. Not because He cannot, but because YOU don’t believe what He can do for you.

Jesus said that nothing is impossible for God to do for us – if only we believe. “Be it done to you according to your faith”, is God’s law in all matters (Matt. 9:29). We will get what we have faith for. If we believe that something is impossible for God to do for us, then it will never be fulfilled in our lives. On the other hand you will discover at the judgment seat of Christ that another believer who had made a greater mess of his life than you, nevertheless fulfilled God’s perfect plan for his life – just because he believed that God could pick up the broken pieces of his life and make something very good out of it.

The story of the prodigal son, who wasted so many years, shows that God gives His best even to failures. The father said, “Quickly bring out the best robe”, for one who had let him down so badly. This is the message of the gospel – redemption and a new beginning, not just once, but again and again – for God never gives up on anyone. The parable of the estate-owner who went out hiring labourers (Matt. 20:1-16) also teaches the same thing. People who worked only one hour got a full day’s wages. In other words, those who had wasted 90% of their lives (11 out of 12 hours), could still do something glorious for God with the remaining 10% of their lives. This is a tremendous encouragement to all who have failed.

If there is a godly sorrow in your life for all your failures, and you trust God, then even if your failures have been many, God promises “not to remember your sins any more” (Heb. 8:12). Whatever your blunders or failures, you can make a new beginning with God. And even if you have made 1000 new beginnings in the past and failed again and again, you can still make your 1001st new beginning today. God can make something glorious out of your life. So, never fail to trust God. He cannot do many mighty works for many of His children, not because they have failed Him in the past, but because they will not trust Him now. Let us then “give glory to God by being strong in faith” (Rom. 4:20), trusting Him in the days to come for the things that we considered impossible until now. All people – both young and old – can have hope, no matter how much they may have failed in the past, if only they will acknowledge their failures, be humble and trust God.