Consistent Denial of Your Self Will Make You Spiritual

Posted on April 6, 2019 Posted By: lscf Categories: Word For The Week, Zac Poonen 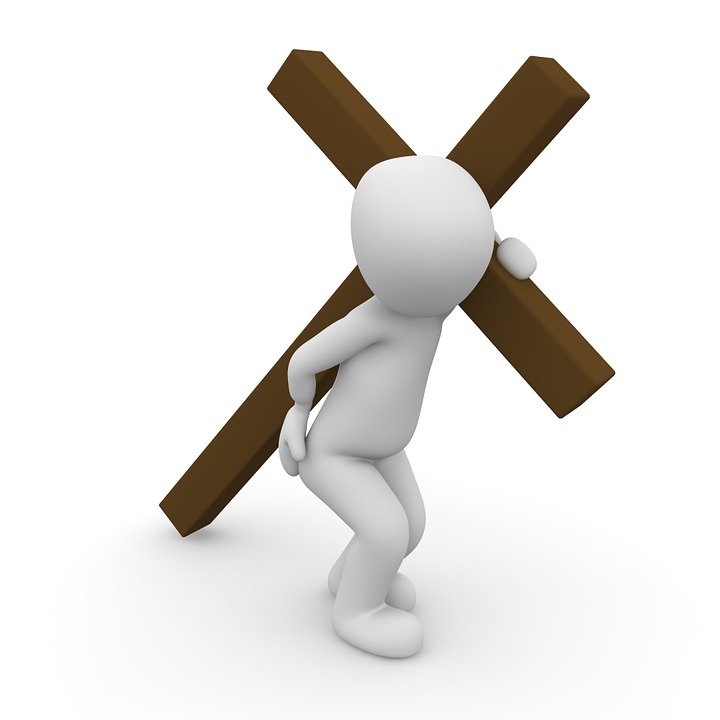 “I came down from heaven, not to do My own will, but the will of Him Who sent Me” (John.6:38). Jesus tells us here in His own words what He came on earth to do. And in this one sentence we have a description of how Jesus lived every single day of His entire life on earth. The thirty years of Jesus’ life in Nazareth are referred to as hidden years. But here Jesus reveals what He did during every day of those 30 years: He denied His own will and He did His Father’s will. When Jesus was with the Father in heaven from eternity past, He never had to deny His own will, for His own will was the same as His Father’s. But when He came to earth in our flesh, that flesh had a self-will that was diametrically opposed to the Father’s will at every single point. The only way in which Jesus could do His Father’s will then was by denying His own self-will all the time. This was the cross that Jesus bore throughout His earthly life – the crucifixion of His own will – and which He now asks us to bear every day, if we are to follow Him. It was the consistent denial of His own will that made Jesus a spiritual Man. And it is the denial of our self-will that will make us spiritual too.

Spirituality is not something that comes through one encounter with God. It is the result of choosing the way of self-denial and of doing God’s will CONSISTENTLY day after day, week after week, and year after year. Consider the spiritual state of two brothers (both converted to Christ on the same day), ten years after their conversion. One is now a mature brother with spiritual discernment, to whom God can commit much responsibility in the church. The other is still a child, without discernment, and needing to be fed and encouraged by others constantly. What is it that has made such a difference between the two? The answer is: The little decisions that they took during each day of the ten years of their Christian life. If they continue on in the same way, in another 10 years, the difference between them will be even more pronounced. And in eternity, their differing degrees of glory will be as different as the light emitted by a 2000-watt bulb and a 5-watt bulb!! “One star differs from another star in glory” (1 Cor.15:41). Consider a situation where you are visiting a home and you are tempted to say something negative about a certain brother (whom you don’t like) who is not present. What do you do? Will you yield to that temptation and backbite, or will you deny yourself and keep your mouth shut? Nobody ever gets struck down by God with leprosy or cancer just because they spoke evil of someone. No. And therefore many imagine that such a sin will not destroy their lives. Alas, it is only in eternity that many brothers and sisters will realise how every time they pleased themselves, they destroyed themselves a little. Then they will regret the way they wasted their lives on earth.

Jesus too was tempted in similar situations for 30 years in Nazareth. It is written about those hidden years that “He never pleased Himself” at any time (Rom. 15:3). He always denied Himself. Thus He pleased the Father at all times. Pleasing oneself can be done in many areas of one’s life – for example, in the area of eating. Consider a situation where, even when you are not hungry, you decide to spend some money to buy some tasty snacks to eat. There is certainly nothing sinful or wrong in that. But it speaks of a certain way of life. Because you have money, you buy what you like, whether you need it or not. You do what pleases yourself. If you feel like buying something you buy it. If you feel like going somewhere, you go. If you feel like sleeping late, you just sleep late. What is the end result of living like that, even if you go regularly to the meetings and read your Bible every day? You may not lose your salvation, but you will certainly waste the one life that God gave you to live for Him. Another brother however acts differently. He decides to discipline his body. When he is not hungry, he decides not to eat anything unnecessarily. He decides never to buy any unnecessary things for himself. He decides to get up 15 minutes earlier each day to spend time with God. When someone speaks to him angrily, he decides to reply gently. He decides to remain in love and goodness always. He decides not to read certain news items in the newspapers that will stimulate his lusts. In every situation, he decides to humble himself and not to justify himself. He decides to give up certain friendships that are influencing him towards the world. Through constantly deciding to deny his own will (what pleased him), he becomes strong in his will to please God alone. What did he lose by not buying that unnecessary thing, or by getting out of bed 15 minutes earlier, or by giving up his human sense of dignity and asking for forgiveness? Nothing. But think of what he has gained!

A man like that, who is consistently faithful in the little things will in a few years’ time become a trustworthy man of God – not because of the Bible-knowledge that he possesses, but because of his faithfulness in the little decisions he takes in life not to please Himself but to please God. Don’t be weak-willed then. Exercise your will to please God at all times. Mature Christians are those who “because of practice (in exercising their will in the right direction through many years), have their senses trained to discern good and evil” (Heb.5:14). Determine that you will become a true man/woman of God.