Posted on March 17, 2019 Posted By: lscf Categories: Word For The Week, Zac Poonen 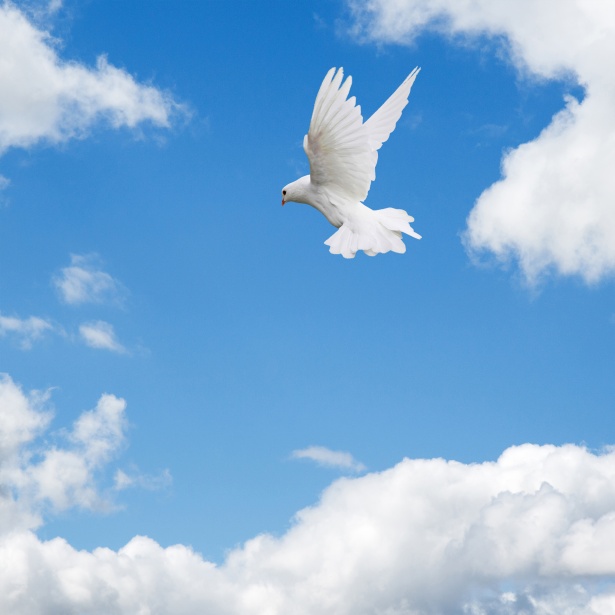 There are four things that I would like to mention concerning Spirit-filled service, from the words of the Apostle Paul.

A love-slave: First of all, Spirit-filled service is the service of a love-slave. In Acts 27:23, Paul says, “…the God whose I am and whom I serve”. He was a love-slave of his God. He retained no right to his own life. He had given everything to his Master. And so, when a person gives his entire life to God, he is not doing God a great favour. No! He is only returning to God what he had stolen from Him. If I were to steal a man’s money and later, convicted of my sin, were to return it to him, I would certainly not be doing that man a favour. I would go to him as a repentant thief. And that is the only proper attitude in which we can approach God when we come to give our lives to Him. God has purchased us. When we recognize that, we arrive at the only proper basis for consecration. Paul was a love-slave of the Lord. Like the Hebrew slave, who could go free in the seventh year of his service, but chose to continue in that service because he loved his master (Exod. 21:1-6), Paul served his Lord. He was not a hired servant who worked for wages, but one who served without any rights of his own. God is looking for those who are so yielded to Him, that they will look to Him always to see what He wants them to do – and not busy doing what they feel they should do for God. A slave does not go around doing whatever he feels like. No. The slave asks his master, “Master, what do you want me to do?” And he does what he is told. The Bible says, “The most important thing about a servant is that he does just what his master tells him to” (1 Cor. 4:2-LB).

Evangelistic passion: Secondly, Spirit-filled service, is a service that recognizes its debt to others. Paul said, “I am a debtor to the Greeks (civilized) and to the barbarians (uncivilized)” (Rom. 1:14). God has given us a treasure to share with the world. We are like post-office employees who have been entrusted with a large amount of money to be given to various people as money-orders. Such an employee remains in debt to those others until he has finished paying off to each one his due. He may have thousands of dollars with him, but not one cent of it is his. He is a debtor to many. The Apostle recognized a similar debt when God entrusted him with the message of the gospel. He knew it had to be given out. And he also knew that he would remain in debt to others until he had given them the message of salvation. After twenty-five years spent in preaching the good news, Paul still says, “I am a debtor,” and he tells the Roman Christians that he is ready to come to Rome to clear his debt to the people of Rome. Notice the three “I am”s of Paul in Romans 1:14-16: “I am a debtor…I am ready.. .I am not ashamed to preach the gospel”. Spirit-filled service is outgoing. Recognizing its debt to others, it is always ready to go and discharge that debt. Spirit-filled service has an evangelistic passion and is perpetually outgoing. It is concerned with the needs of others and not its own satisfaction. Christ Himself never once sought His own satisfaction (Rom. 15:3).

Human insufficiency: Thirdly, Spirit-filled service is a service that is conscious of human insufficiency. Notice Paul’s words in 2 Corinthians 10:1, “I am base among you” – or, in other words, “I don’t have an impressive personality.” Tradition tells us that the Apostle Paul was only 4 feet 10 inches in height and bald. He had a hooked nose and he was probably beset by an eye-disease. He obviously did not have a movie-star-like personality. The success of his labors did not depend on any human factor, for there was nothing impressive about his appearance or his speech. Concerning his preaching, Paul writes to the Corinthians, “I was with you in fear and much trembling” (1 Cor. 2:3). When he preached, he felt conscious of his weakness, rather than of the power of God flowing through him. This is Spirit-filled service – for remember, that a church was established in heathen Corinth as a result of Paul’s preaching.

Fulfilling our calling: Fourthly, Spirit-filled service is a service that fulfils God’s specific calling. In Colossians 1:23, 25, Paul says, “I am made a minister”, and in 1 Timothy 2:7, “I am ordained an apostle”. Paul had been ordained by the nail-pierced hands of his Savior, and not by any man. It was God Who had called Paul to be an apostle. This calling, he says in Colossians 1:25, was given to him. It was God’s gift – not something that he had achieved or earned. He also says in the same verse that this calling was given to him to serve others. It was a stewardship entrusted to him by God for the work of building up the church. God has a specific calling for each of us. It is futile asking God to make us into something that He has not called us to be – for the Holy Spirit decides what gift each of us should have. Paul was called to be an apostle. But not everyone has such a calling. What we do need to seek God’s face about is for power to do that which He has called us to do. “Take heed to the ministry which you have received in the Lord, that you fulfill it,” was Paul’s advice to Archippus (Col. 4:17). God has placed several gifts in the Body of Christ. The important thing is for us to recognize our gift and calling – and to exercise that gift and fulfill that calling. Spirit-filled service is service that fulfils that specific calling which God gives us. If there is one gift that the New Testament specifically encourages us to seek, it is the gift of prophecy (1 Cor. 14:39). This is perhaps the most needed gift in the church today. A prophetic ministry is one that edifies (strengthens and builds-up), exhorts (rebukes and challenges) and consoles (comforts and encourages) (1 Cor.14:3). We need to pray that God will give us prophets in our churches, who will speak the truth of God, without fear or favour – men of a different caliber from the professional religious scribes, who are more interested in their salary, status and popularity. May the Lord help each of us to seek His face earnestly to find out what our calling is.