Posted on August 20, 2018 Posted By: lscf Categories: Word For The Week, Zac Poonen 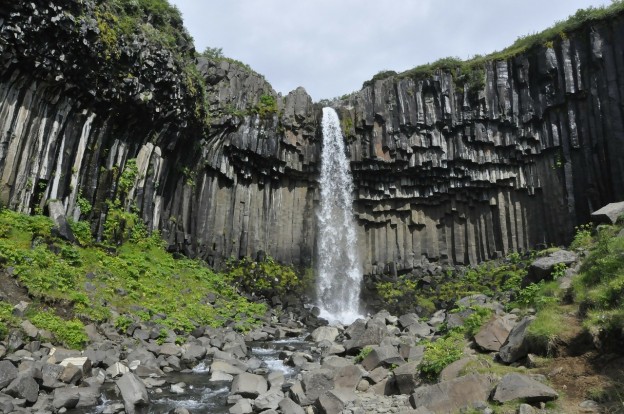 In Exodus Chapter 17, we see the Israelites coming to a place where there was no water to drink. The sine wave goes down and they start grumbling again. Again the Lord shows them His solution that is right in front of their eyes. He tells Moses, “Look at that rock in front of you. Smite it” (verse 6). Moses smites the rock and the waters begin to flow. When I first read that passage, I used to picture a little rock and a little trickle of water coming out of it and everybody drinking. But do you know how many people were thirsty there in the wilderness? 600,000 men, between the ages of 20 and 60, alone. Then there were many older men, younger men and women and children. There must have been at least 2 million people there. How much water do you think 2 million people need to drink? Was it just a little trickle? No! It had to be many rivers flowing in many directions, if all those 2 million people had to drink fairly quickly. If those two million people had to stand in line to drink from a small trickle, many would have died of thirst, before they ever got to the front of the line! No. There were rivers there in the wilderness that flowed from the smitten rock. This is the picture that Jesus gave of the Spirit-filled life that flows from a crucified man (“a smitten rock”) in John 7:37-39.

When Jesus was smitten on Calvary that prepared the way for Pentecost. Calvary always precedes Pentecost. When we are baptized in the Holy Spirit, rivers of living water don’t start flowing from us immediately. If we are honest, we will admit that. God has to do a work of smiting and crucifixion in us thereafter to break us, before the rivers can begin to flow from us to bless others. God looks for ordinary, good for nothing, weak, stupid people like you and me whom He can make a blessing to millions on the face of the earth. But it all depends on whether we will allow God to smite us and break us or not.

Immediately after the rivers began to flow, we read in verse 8, “Then Amalek came.” Amalek is a picture of our flesh, throughout the Old Testament. The Spirit and the flesh are in constant conflict. As soon as the rivers began to flow Amalek appeared to fight against God’s people. As soon as Jesus was anointed with the Holy Spirit, Satan came to tempt Him (Luke 3:22; 4:1, 2). Amalek was finally defeated by Moses and Joshua working together. Moses lifted up his hands in prayer on the hilltop and Joshua fought the Amalekites in the valley. It is this combination that will enable us to overcome the flesh too – the sword of the Spirit (God’s Word) used directly against the enemy (as Jesus used it in the wilderness) and our hands lifted up in prayer to God (recognising our weakness and helplessness).

When Moses’ hands were tired, Aaron and Hur held up his hands (Exodus 17:12). We also need Aarons and Hurs to help us out when we are weak and tired. One of the great truths that I have discovered in my Christian life is this: I can’t make it alone. I need my fellow-believers in the body of Christ. If I am standing here today without having fallen by the wayside many years ago, and without having compromised on my convictions, one of the reasons is that I have brothers and sisters who have encouraged me, prayed for me and exhorted me, constantly. I have many Aarons and Hurs who have held up my hands through the years and I have learnt to value them immensely. Aaron and Hur were not as gifted as Moses and they did not know God in the way Moses knew God. But Moses still needed them. Aaron was at least a leader. But Hur was an unknown man who never appears again in the Scriptures! But Moses, the great man of God, needed the help of even this unknown man. Don’t ever despise the weak unknown brothers in the body of Christ. You need them, even if you are the greatest man of God in the world. Even Jesus asked stumbling Peter, James and John to hold up His hands in Gethsemane! “Even the Head (Christ) does not say to the feet (the lowest members in the Body), I don’t need you'” (1 Corinthians 12:21).